Galangal is also know as Thai ginger or Siamese ginger (because it resembles fresh ginger so much), but it really is its own ingredient. It's commonly found in Thai, Indonesian, and Malaysian cooking. The skin of galangal is smoother and paler than ginger and its flesh is much harder. It can't be grated like ginger can, but instead must be sliced. The flavor of galangal is much stronger too, it's earthy, sharp, and extra citrusy. 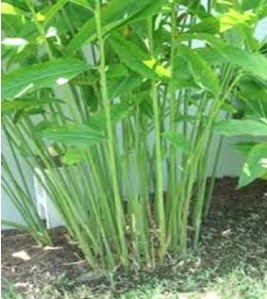 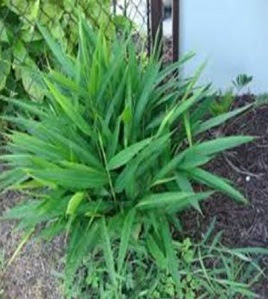 In ethnobotany, each of the various galangals are attributed with specific medical virtues.
In commerce, galangals are commonly available in Asian markets as whole fresh rhizome, or in dried and sliced, or powdered form. 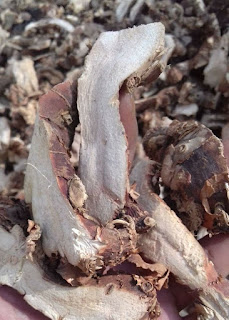 Galangal is used to promote digestion and stimulate appetite and production of digestive fluids. The herb is therefore used to treat anorexia, indigestion (dyspepsia), colic and stomach ache.

It is also used traditionally for hiccups, nausea, vomiting, chronic gastritis, and ulcers in the digestive tract.

The herb has analgesic (relieving pain) and antipyretic (reducing fever) properties and it may also help reduce bacterial and fungal infections.

The rootstock of galangal has shown an inhibitory effect in vitro on many pathogenic bacteria like anthrax bacillus, hemolytic streptococcus and various strains of Staphylococcus.

Galangal is often recommended for motion sickness and morning sickness, an effect that is primarily attributed to ginger.

In the Middle East, there is a tradition of using the herb as a remedy for rheumatic pains and arthritis.

In traditional Chinese medicine, galangal root is regarded as a warming herb that can be used for stomach pain, vomiting, hiccups, and diarrhea. When used against hiccups it is often combined with poor man’s ginseng (Codonopsis pilosula) and the fungi fu-ling (Chinese) also known as Indian bread (Wolfiporia extensa).