Red Ginger are from family zingiber, there are three kind of ginger, there are Small Ginger (Jahe emprit), elephant ginger (jahe gajah) and Red ginger (Jahe merah). Indonesia has this three ginger. they grow very good in indonesia. especially at the are with low temperature like mountains.
red ginger has many benefits for human. it used at cosmetics, medicine even for food. such a yummy cookies if using red ginger.
these are red ginger benefits for health:
1. Prevent nausea and vomiting
When we smelled ginger, we usually will felt relaxed. Why? because based on research, one of the benefits of ginger is to calm and overcoming nausea or vomiting. It been used on chemotherapy patients too.

2. Healthy digestive system
it has effect to nourish the digestive system and prevent digestive related diseases such as flatulence, constipation, or increased stomach acid associated with stress.

3. Healthy brain
Amazing if we eat red ginger regularly it will improve brain health. Based on research, ginger will inhibit the inflammatory process that occurs in the brain. So that brain function will increase, cognitive function increases, and oxidative stress causes dementia will also decrease. 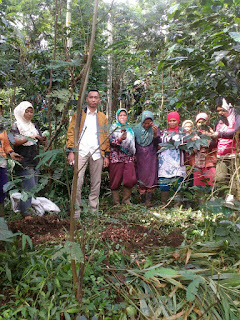 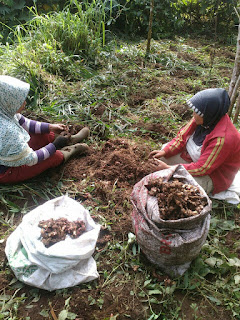 4. Cure migraines
In clinical trials, the benefits of ginger are useful for curing migraines. This was evidenced from 100 migraine patients who were given drugs containing ginger powder. The result, ginger helps reduce discomfort due to migraines without side effects.

5. Protect from UV light
Research shows that the benefits of ginger have the ability to absorb UV light which is considered the cause of DNA damage. Because the extract from ginger will stimulate the production of antioxidants in the body so that it will provide protection from UV rays.

Besides being known for its effectiveness as a blood sugar stabilizer, the benefits of ginger also have a strong protective effect for diabetics to avoid eye damage and other complications.

7. Maintain healthy blood pressure
Research in Thailand found that the benefits of ginger are useful for maintaining blood pressure stability. Especially for those who are suffering from hypertension or high blood pressure.

8. Reduces muscle pain
Besides being useful in maintaining muscle health, a 2013 study related to ginger found that the benefits of ginger were able to eliminate muscle discomfort due to pain in athletes. During this 6-week trial, those who consumed ginger experienced a significant decrease in muscle pain compared to those who did not consume ginger.

9. Supports cardiovascular health
The natural active ingredient in ginger called 6-gingerol is known to be useful for regulating blood pressure and supporting cardiovascular health. So it can be said that one more benefit of ginger is to maintain heart health as a natural remedy for heart disease.

10. Reduces inflammation
Have you ever experienced a swollen face with reddish skin? Generally the inflammation that occurs in the body has such an effect.

Whether it's due to poor health patterns or wrong eating, inflammation is not a good thing for your body's health. To overcome this, ginger can help. The reason one of the benefits of ginger for health is to function as an anti-inflammatory, antiviral, and even antibacterial in the body.

12. Curing allergies
Ginger is usually used to expel itching on the skin. This adds to the benefits of other ginger, which is to cure allergies, especially if you are diligent in consuming them.