PEPPERMINT (Mentha piperita) is a popular herb that can be used in numerous forms (ie, oil, leaf, leaf extract, and leaf water). Peppermint oil has the most uses, and use data on the oil are considered relevant to the leaf extract formulations as well. This herbal preparation is used in cosmeceuticals, personal hygiene products, foods, and pharmaceutical products for both its flavoring and fragrance properties. Peppermint oil possesses a fresh sharp menthol odor and a pungent taste followed by a cooling sensation. It also has a variety of therapeutic properties and is used in aromatherapy, bath preparations, mouthwashes, toothpastes, and topical preparations.

Topical preparations of peppermint oil have been used to calm pruritus and relieve irritation and inflammation. Their frequent application to impaired skin could contribute to the sensitization rates seen. Numerous allergic contact dermatitis reactions to peppermint oil have been described, many of which are linked to both perioral and intraoral disorders. Although peppermint oil is known for its many properties, its role as a sensitizer should be recognized so as to aid in the diagnosis of both dermatitis and oral conditions and to allow the initiation of proper avoidance measures. 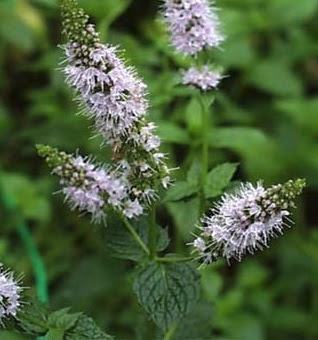 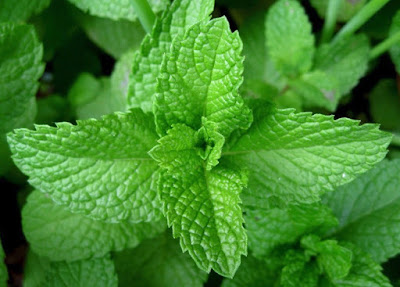 The extract and leaves are described as biological additives, but only the extract is reported to be used. Peppermint Water is described as a flavoring agent or fragrance component, but is not currently in use. Peppermint Oil is used at a concentration of < or = 3% in rinse-off formulations and < or = 0.2% in leave-on formulations. Peppermint Oil is composed primarily of menthol and menthone. Other possible constituents include pulegone, menthofuran, and limone. Most of the safety test data concern Peppermint Oil. The oil is considered to present the "worst case scenario" because of its many constituents, so data on the oil were considered relevant to the entire group of ingredients. 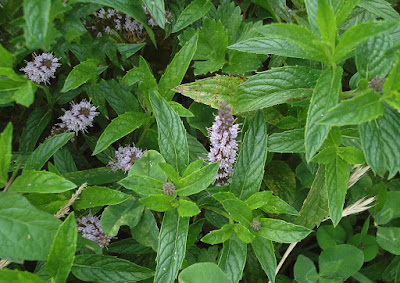 Peppermint Oil was minimally toxic in acute oral studies. Short-term and sub-chronic oral studies reported cystlike lesions in the cerebellum in rats that were given doses of Peppermint Oil containing pulegone, pulegone alone, or large amounts (>200 mg/kg/day) of menthone. Pulegone is also a recognized hepatotoxin. Repeated intradermal dosing with Peppermint Oil produced moderate and severe reactions in rabbits, although Peppermint Oil did not appear to be phototoxic. Peppermint Oil was negative in the Ames test and a mouse lymphoma mutagenesis assay but gave equivocal results in a Chinese hamster fibroblast cell chromosome aberration assay. In a carcinogenicity study of toothpaste and its components, no apparent differences were noted between mice treated with Peppermint Oil and those treated with the toothpaste base. 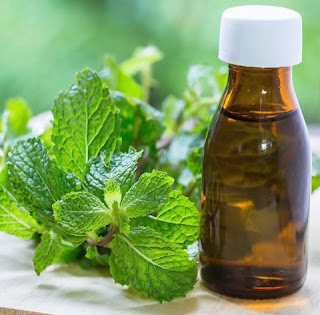 Menthol activates cold-sensitive TRPM8 receptors in the skin and mucosal tissues, and is the primary source of the cooling sensation that follows the topical application of peppermint oil.

Peppermint (Mentha × piperita) essential oil has a high concentration of natural pesticides, mainly pulegone (found mainly in Mentha arvensis var. piperascens cornmint, field mint, Japanese mint, and to a lesser extent (6,530 ppm) in Mentha × piperita subsp. nothosubsp. piperita) and menthone. It is known to repel some pest insects, including mosquitos, and has uses in organic gardening.

The chemical composition of the essential oil from peppermint (Mentha x piperita L.) was analyzed by GC/FID and GC-MS. The main constituents were menthol (40.7%) and menthone (23.4%). Further components were (+/-)-menthyl acetate, 1,8-cineole, limonene, beta-pinene and beta-caryophyllene. 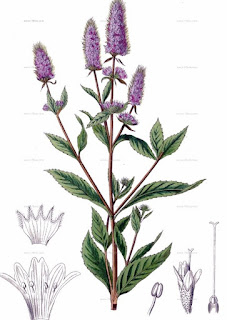 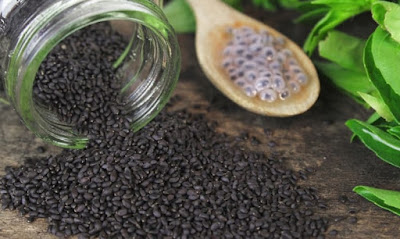 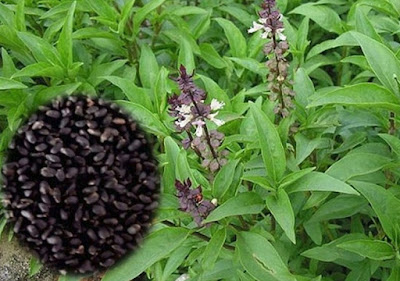 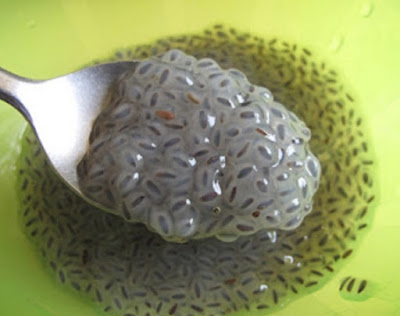