our red ginger are harvesting from mountain at central java involve more 150 farmers, and distributed to herbs industries. 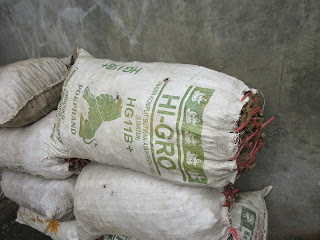 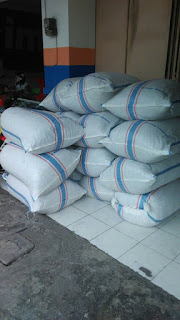 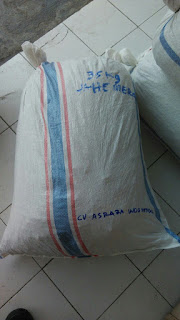 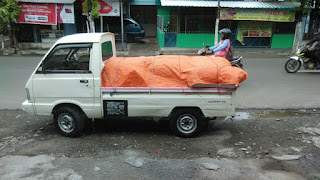 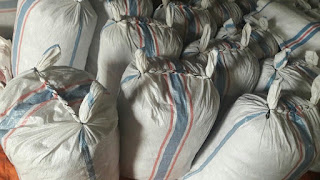 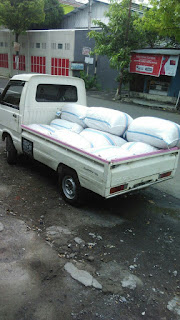 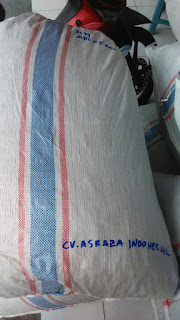 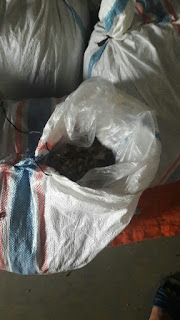 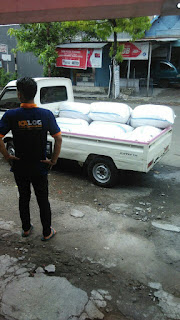 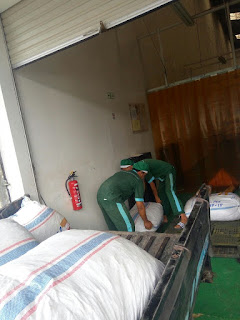 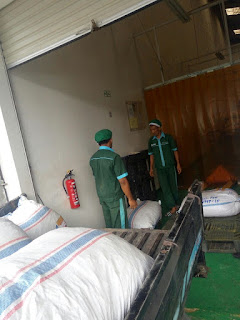 • Genus: Zingiber officinale
• Sometimes called zingiber
Due to its strong flavor, Ginger is an essential ingredient in many Asian cuisines. Its therapeutic benefits have been recorded in Ayurvedic and Traditional Chinese Medicine. Ginger is a potent anti-nauseatic and is beneficial in treating upset stomachs.

Ginger is now exciting considerable interest for its potential to treat many aspects of cardiovascular disease. This letter reviews the more recent trials, which suggest that ginger shows considerable anti-inflammatory, antioxidant, anti-platelet, hypotensive and hypolipidemic effect in in vitro and animal studies. Human trials have been few and generally used a low dose with inconclusive results, however dosages of 5 g or more demonstrated significant anti-platelet activity. More human trials are needed using an appropriate dosage of a standardised extract. Should these prove positive, ginger has the potential to offer not only a cheaper natural alternative to conventional agents but one with significantly lower side effects. 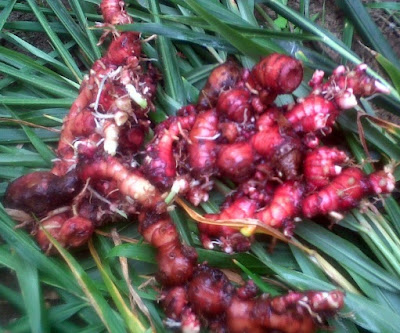 The herb is useful in ameliorating gastrointestinal disorders like indigestion.
Ginger relieves nausea, morning sickness and motion sickness.
As an anti-inflammatory agent, Ginger can be used to treat arthritis and osteoporosis.
No comments:

Sky fruit is the fruit of mahogany tree (Swietenia macrophylla) that grows in the majority of Asian countries. This fruit is also named “buah tunjuk langit” in the Malay language and 向天果/Xiang Tian Guo in chinese. It gets its unique name due to the way it hangs on the tree. Unlike most fruits, which hang downward, sky fruit hangs upward and its stalk points to the sky. In almost all countries where mahogany grows, sky fruit is commonly used as herbal remedy that helps improve blood circulation, treat diabetes, and cure impotence. Although scientific evidence affirming its efficacy as an herbal remedy is still weak, many people have already used it and anecdotal reports have recorded the health benefits of the fruit. Besides, the revelation of various substances that the fruit contains may give reliable scientific clues of how efficacious the fruit is and how numerous sky fruit health benefits are.

The Sky Fruit Seed or Mahogany is a tropical tree which grows in most tropical area. This tree can grow until 40 meters. After 7 years, it can produce seeds which is believed can cure some health illnesses. The seeds  has a browny skin with oval, square or pentagon form. People, especially in Indonesia, believe the bitter taste is the cause of how this seeds can reduce many disease symptoms. In the year of 1996, scientist found Saponins and Flavonoids that are beneficial for health. In fact, the seeds contain of vitamins, minerals, carbohydrates, proteins and nutrients needed Bay the body. There are so many advantages of Mahogany aside from the bulky tree. 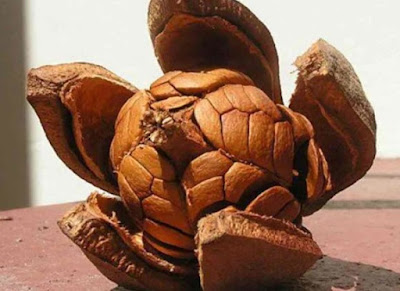 The Sky Fruit Seed has Flavonoid subtance which can fix the blood circulation and the Saponin will be good for heart health. The second function is it can stabilize the blood sugar levels, so it is good for diabetes. Besides, some of malignant disease like alzheimer is believed can reduce the effect of the disease. By adding Mahogany powder into a cup of milk will keep the body healthy. The next magical function is that increase the weight. For some people who has difficulities in gaining the wight, it might help a lot. 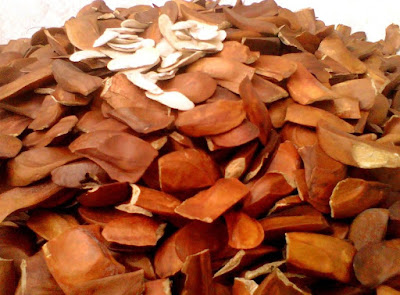 The magical seeds, Sky Fruit Seed, is supposedly to be cultivated since the function is so innovative and can release us from drugs addiction with natural cure. Just drink 16 grams of Mahogany seeds with water (4 cups) will decrease the blood pressure. Besides, it also helps too much bleeding and reduces pain. What else that we can expect from magical seeds which has anti-inflamantory? This might become the irreplaceable health solution at the future. The government should launch a program of cultivating and developing Mahogany tree for the best solution in health problems and the environment. It is a long term solution that should be realized. 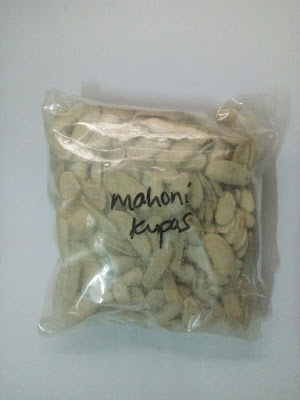 Mahogany seeds known in the which trees grow and with familiar mahogany used as part of a varied diet and healthy. Additionally, mahogany seeds grinding into powder and drink it with water. Currently, there mahogany seed extract in capsule form as a dietary supplement. Mahogany seeds contains 33 kinds of flavonoids and 27 types of saponin, it makes it more nutrient-dense nutrient-rich plants, such as ginseng. It also contains a variety of vitamins, minerals, proteins, and fatty acids, Necessary for healthy body function. 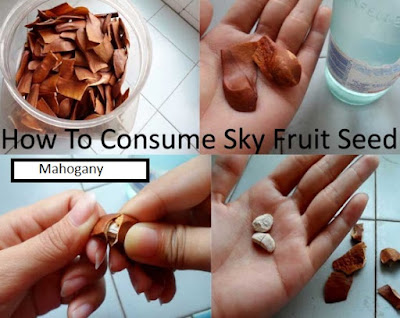 Cinnamon is a spice obtained from the inner bark of several tree species from the genus Cinnamomum. Cinnamon is used mainly as an aromatic condiment and flavoring additive in a wide variety of cuisines, sweet and savoury dishes, breakfast cereals, snackfoods, and traditional foods. The aroma and flavor of cinnamon derive from its essential oil and principal component, cinnamaldehyde, as well as numerous other constituents, including eugenol.

Cinnamomum verum (formerly C. zeylanicum), is a small evergreen tropical tree in the Lauraceae (laurel family) that produce the commercially important spice known as cinnamon. Although cassia (C. aromaticum), which is less expensive and has a stronger flavor, is often marketed as “cinnamon,” C. verum is generally considered to have a more delicate flavor that is more suitable for desserts. 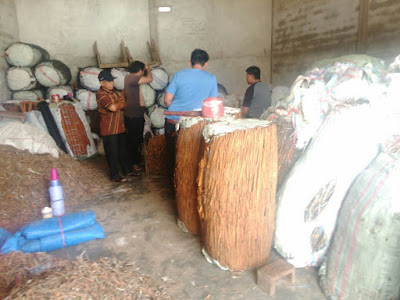 The names “cinnamon” and “cassia” cause considerable confusion, as they are often used interchangeably. In the U.S., the spice produced from the dried, ground bark of any of these species is referred to as “cinnamon,” without distinguishing among species. In addition, “cinnamon” may also refer to the spice obtained from the aromatic bark of an unrelated species, Canella winterana (in the Canellaceae). When the spice is sold in bark form, rather than ground, C. verum can be distinguished from C. aromaticum because it comes in tight rolls (quills) rather than in looser flakes with curled edges. It can be distinguished from the related Indonesian cinnamon (C. burmanii) by the quills having many soft layers, which can easily be ground in a coffee grinder, as opposed neat quills composed of a single extremely hard layer. 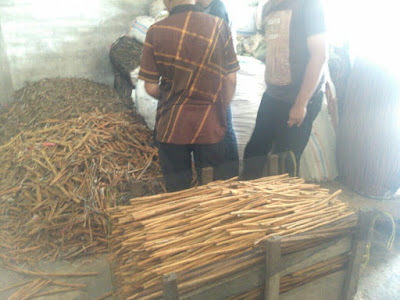 The C. verum tree grows to around 10 m (30 ft), and has leathery leaves, usually opposite, that are lanceolate to ovate, 11 to 16 cm (4.5 to 6.25 in) long, with pointed tips. The inconspicuous yellow flowers, which are tubular with 6 lobes, grow in panicles (clusters) that are as long as the leaves. The fruit is a small, fleshy berry, 1 to 1.5 cm (0.25 to 0.5 in) long, that ripens to black, partly surrounded by a cup-like perianth (developed from the outer parts of the flower).

The spice form of cinnamon is obtained by removing the outer bark of the tree, and scraping from it the inner bark, which is dried and ground into power. Cultivated trees may also be coppiced (cut back to encourage shoot development), so that the coppiced shoots can be harvested. Cinnamon oil is steam distilled from the leaves and twigs. 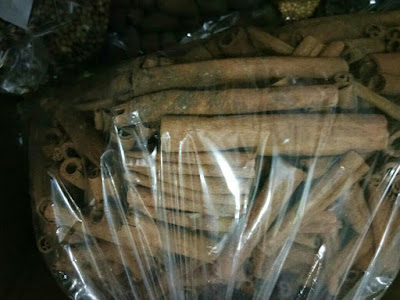 Cinnamon from various species has been used as a spice since ancient times (noted in Sanskrit texts and in the Bible, as well as in accounts by Herodotus and Pliny, although it can be difficult to ascertain which particular species is referred to). It is widely used to flavor baked goods, puddings and other desserts, and candies, as well as soups and stews, curries, meat and poultry dishes, and pickles. Cinnamon is also used to flavor beverages, including teas and mulled wine.
No comments: